Skip to content
View basket “After The Rain” has been added to your basket.

This CD, the third release for Peter King on Miles Music, follows the acclaimed Tamburello with another varied set of recordings that may further surprise many fans of this outstanding musician. Here with his regular band and the notable addition of the talents of Gerard Presencer and Steve Hamilton, is a breadth of repertoire that illustrates Peter King’s composing skills plus those of Steve Melling and Steve Hamilton, with all tracks on this CD composed or arranged by band members, apart from the re-working of a tune that has become a key part of Peter’s live performances, ‘Lush Life’ by Billy Strayhorn.
Also for the first time can be heard part of Peter’s major composition ‘Janus’ and is part of his suite ‘The Passions’. 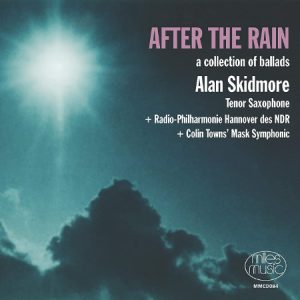